ZONNIQUE REFUSES TO SPOIL HER DAUGHTER AND FANS ARE ‘CONCERNED’

ZONNIQUE REFUSES TO SPOIL HER DAUGHTER AND FANS ARE ‘CONCERNED’
"Sociopathic" 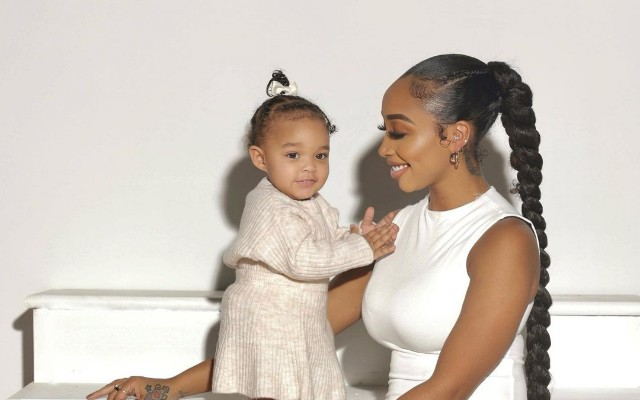 Zonnique refuses to spoil her daughter, Hunter, which has left some fans concerned. The criticism began after Zonnique greeted her fans before the new year.

“I don’t like toys,” Zonnique told her social media followers during a video segment. “Those are Hunter’s toys,” the celebrity mom said while pointing to a box of toys sitting near the fireplace. “She has the option of playing with these toys every day, and that’s it,” Zonnique told her supporters.

“She thinks she’s about to have a lot of toys because she’s T.I. and Tiny’s grandchild? No, girl, bye,” the celebrity told her social media followers. “You ain’t nobody. Sit your a** down and wait for your birthday,” Zonnique continued. “Poor Hunter. She’ll be alright. There’s people out here who ain’t getting sh*t. She ain’t getting special treatment.”

Some praised Zonnique for her rules. Others, however, scrutinized the celebrity mom. “She got everything SHE wanted,” one critic said. “She resents her kid, bottom line,” the social media follower continued. “Sounds like one of those young birds.”

Another critic said, “I could understand if Zonnique felt like active toys created passive minds, then I might actually give her credit for being a responsible and active parent. Instead, all I see is a foul mouth CHILD, smacking her lips about what her daughter ain’t gonna get – BECAUSE she’s the grandchild of wealthy parents. If that’s not some sociopathic sh*t, I don’t know what is!”

“You are that child’s mother. Your job is to nurture, soothe, and give her every advantage in life, which should be a given, given how she was raised (with excess and access). To deny your child every advantage you had just screams immaturity and not ready for Parenthood.”

Zonnique later took to Instagram to clear up a few things. “And I said i wasn’t going to spoil her..i was joking. Obviously she is spoiled already. And if i don’t spoil her, she has a million other family members that will.”

Adding, “I won’t be spoiling her so y’all can put me in the blogs all you want to. I am not about to be buying Hunter toys everyday. And that’s really cap like if we going to Target, she getting a toy. She don’t even have to be there. Hunter does what she wants to. She is spoiled. She gets what she wants to.”

Hunter is Zonnique’s daughter with rapper BandHunta Izzy. She celebrated her first birthday last month. Hunter made Zonnique a mom for the first time. BandHunta Izzy has three kids in all.