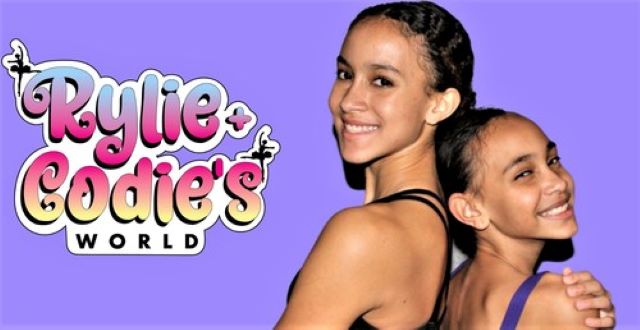 Misty Copeland, Debra Austin, Raven Wilkinson, and Janet Collins are a few names in the ballet community that prove #blackgirlmagic to truly be real. To that list, we can add, up-and-coming ballerinas, 13-year-old Rylie and nine-year-old Codie to the mix. The daughters of Stacie J., former model, entrepreneur, and The Apprentice TV show alum, are making their mark on the industry and not looking back in their new YouTube web series, Rylie and Codie’s World. Rylie and Codie’s World highlights the hustle of young black ballerinas, and the women who nurture them, and we must know more!

What can viewers expect from the new series, well, according to a recent press release, here is a brief synopsis below.

A pandemic original, Rylie and Codie’s World documents what it’s like growing up in a TikTok age New York, whilst dancing five to six days a week. It’s a show that Stacie J., who stars in the series and is also the Executive Producer, hopes will inspire young girls.

“This series is about family, entrepreneurship, working on your craft from a very young age, and, of course, New York life,” Stacy J. stated in the press release. “But you’ll definitely see some drama because in life things don’t always go as planned.”

Writer and co-producer Erickka Sy Savane stated in a recent interview the reason that she wanted to write and be a part of this project.

“I really wanted to write this story because I thought it would be important for both young Black girls, and their parents, to see themselves going after their dreams, living well, in the arts, and overcoming challenging situations with grace.”

She continued, “There’s a lot to this show, including the amazing, supportive relationship between Stacie J. and her girls. I feel it’s the show we need right now.”

In the series, audiences not only get the opportunity to get to know the girls, they also get to know a lot more about their no-nonsense, master instructor, and founder of the Uptown Dance Academy, Robin Williams.

Ready to check out episode one? Click below and enjoy! We want to know what you think! Sound-off in the comments.