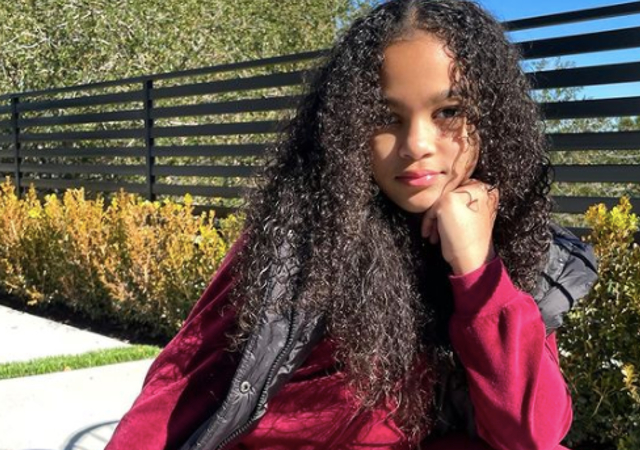 Bow Wow portrayed the character Byron in Madea’s Big Happy Family while Teyana Taylor brought Sabrina to life. Shai took on the role of portraying both the characters in her recent social media segment. The youngster got the personalities of both Byron and Sabrina right as she shifted from side to side to distinguish between the dialogues.

“You nailed it,” Shai’s grandmother, Teresa Caldwell, said. “I love this girl,” another fan said. “I cannot wait to see her on the big screen.”

Shai’s supporters may see her in a recurring television role sooner rather than later. It was just last year that Bow Wow told the press that he was working on a new project alongside his daughter.

“We have something big in the works now,” the celebrity father said. “I’m probably on the first draft of the script and we’ll probably get the second draft soon,” Bow Wow added. “And the show is amazing I’m just gon’ put it that way,” Bow Wow said when discussing his show currently in development. “Shai and Shad is coming,” the celebrity dad declared.

Shai is already getting her experience with the spotlight with commercial gigs in addition to her social media videos that her fans love to watch. The youngster has also joined her mom on a few of Joie’s YouTube segments, which has ultimately led to more exposure.

Shai Moss is Joie Chavis and Bow Wow’s only child together. Joie also has a son named Hendrix with rapper Future. Bow Wow has a son as well with Atlanta-based model Olivia Sky. You can keep up with Shai by following her on Instagram and TikTok.