THAT GIRL LAY LAY & YOUNG DYLAN TEAM UP FOR A NEW SINGLE, “I’M THAT”

THAT GIRL LAY LAY & YOUNG DYLAN TEAM UP FOR A NEW SINGLE, “I’M THAT” 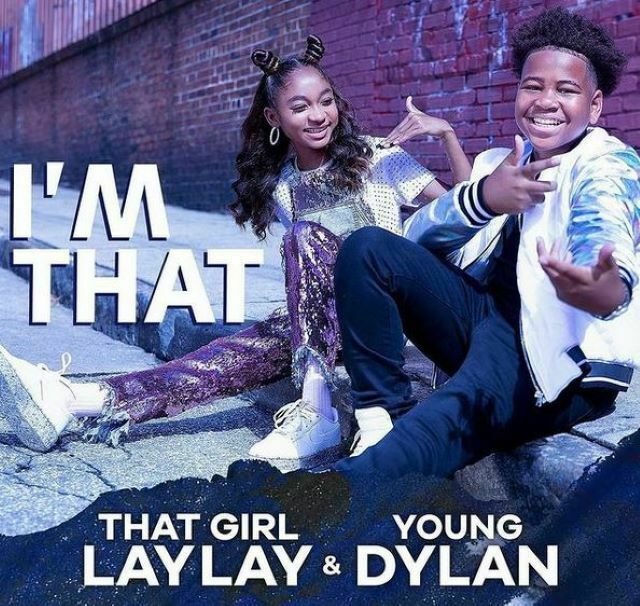 That Girl Lay Lay is keeping busy. With a new television series, budding tour, and more, she continues to put out new music. Recently, That Girl Lay Lay & Young Dylan teamed up for a new single, “I’m That,” and here the new project is definitely worth a listen.

EXCLUSIVE: GET TO KNOW GABRIELLE NEVAEH GREEN AS SHE TALKS CAREER AND MORE

EXCLUSIVE: THAT GIRL LAY LAY DISHES ON HER NEW SHOW AHEAD OF SERIES PREMIERE

For the new release, the Nickelodeon stars teamed up with famed producer Jermaine Dupri. Dupri is also featured on the song.

A post shared by That Girl Lay Lay (@thatgirllaylay)

If you missed it, That Girl Lay Lay sat down with BCKOnline for an exclusive interview about her career, future, and new show. Check out a snippet of the interview below.

BCKOnline: Lay Lay, you’ve transitioned into acting. Tell us about your upcoming show and the character that you play on the show.

That Girl Lay Lay: I play Lay Lay in That Girl Lay Lay. The show is basically about me being an avatar in Sadie’s home who comes to life because Sadie wishes on a star. I’m her friend who gives her positive affirmation and I boost her confidence. I’m basically her only friend. So, I come out of the phone to really be there for her, to be her real friend. We have to hide from everybody that I come out of the phone. I can’t freeze time. And that I can’t turn invisible because I can, but I can’t tell them that. Her parents don’t know where I came from, they think I’m just an exchange student who needs parents. It’s just me and Sadie. And I’m always getting Sadie into some type of trouble. We are always into something. In every episode, we are always into something.

BCKOnline: How would you say that you are different or alike from the character that you play on the show?

That Girl Lay Lay: I’m not different at all.

BCKOnline: You rose to fame as a rap star. Tell us how you got started with that.

That Girl Lay Lay: I started off when I was maybe four or five, actually, it was like really three. But, to be honest, it was like four or five when I first really, really got into it. My dad is an artist as well. I would always go to the studio with him when he would rap. I sort of picked up on it. He never really thought I was paying attention. He never thought I was listening, but I was. So, when I got older, I started freestyling. And one day I just was like, ‘Hey, Dad, I’ve wrote a freestyle and I want you to record me, and then I want to post it.’ He very hesitant on posting and he didn’t want to post it because social media can be cruel. He didn’t want me to get into that industry. He didn’t want me to do any type of thing like that. But when he posted it, it ended up going viral. And I remember that day like nothing. I was at my friend’s house and my phone it was just like going off. It was buzzing buzz buzz, buzz, buzz, buzz buzz, and I was so confused on why. And I found out that Complex posted it, The Shade Room posted it, Fifty Cent posted it, it was everywhere. So, from me rapping in a car in Atlanta to me having my own TV show in LA, it was a big step.

If you want to read the interview in its entirety, click here! Sound-off and let us know what you think about That Girl Lay Lay’s latest release? We want to hear from you.