GARCELLE BEAUVAIS REUNITES WITH ‘THE OTHER TWO PIECES OF HER HEART’ 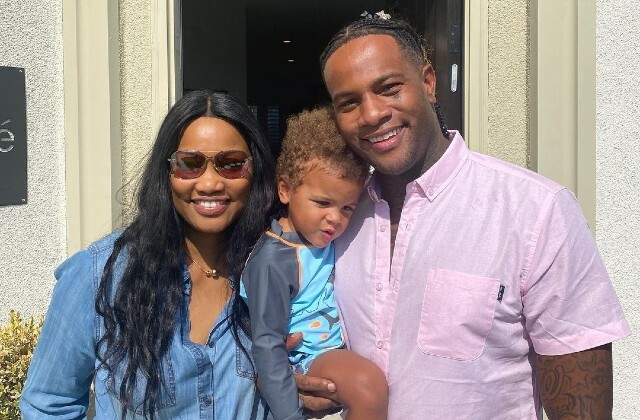 Real Housewives of Beverly Hills (RHOBH) star Garcelle Beauvais reunited with her oldest son, Oliver Saunders, and his son, Oliver Jr., during a recent visit that big Oliver made to his mom’s house. Garcelle took to Instagram to celebrate the reunion.

SYESHA MERCADO AND HUSBAND REUNITED WITH SON AFTER LOSING CUSTODY

“Reunited with the other two pieces of my heart this weekend,” Beauvais told her social media fans last Monday (Sept. 27). “Thanks for coming to visit Grandma,” the RHOBH star wrote to her son and grandson.

Fans learned of Garcelle Beauvais’ status as a grandma last year. The veteran actress introduced her grandson to her social media fans weeks after Oliver Sr. and his wife welcomed their son. “Introducing my grandson #oliverjunior,” Garcelle told her supporters. “It’s [big] Oliver’s birthday but I received an amazing gift,” the doting grandma said.

Beauvais was also gearing up for her debut on the Real Housewives of Beverly Hills while settling into her new role as a grandmother. “I am excited and proud to be joining the cast of such a wildly popular and beloved show like The Real Housewives of Beverly Hills,” Garcelle said in a statement regarding her spot on the Reality TV show. “As a working actor who has been in the industry for some time, it’s exhilarating to have the opportunity to delve into a new chapter in the entertainment spectrum,” the entertainer said.

Beauvais has certainly delved into the industry with all the drama that follows. The RHOBH star recently talked about the chaos surrounding fellow cast member, Erika Jayne, whose very public legal battles revolve around her estranged husband, Tom Girardi.

“What surprised me most this season was two things: that Erika was so open to talk,” Garcelle said of the support Erika received from her fellow cast members. “And the other thing is how quickly the other girls rallied around her and didn’t even question,” the actress said.

The first of four parts of the Real Housewives of Beverly Hills (RHOBH) Season 11 reunion will air next Wednesday (Oct. 13) on Bravo.