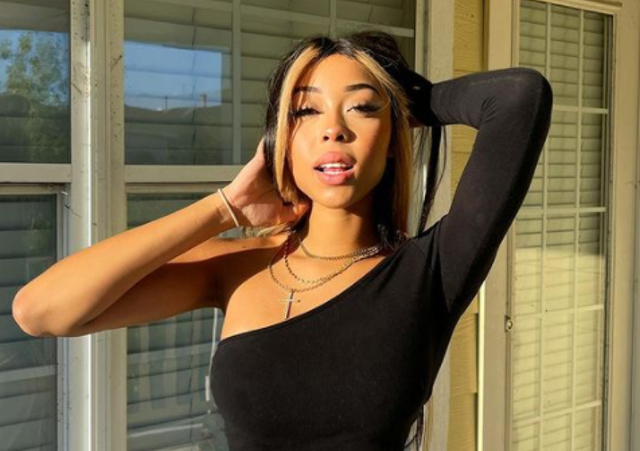 Erykah Badu’s daughter, Puma, continues to amaze her supporters with incredible vocal skills. The youngster’s latest cover of Alicia Keys’ ‘If I Ain’t Got You’ is making waves among her Instagram subscribers.

USHER AND GIRLFRIEND JENN GOICOECHEA WELCOME THEIR SECOND CHILD TOGETHER

Puma sang with a passion that made the listener hear every word. “You are just blossoming right before our eyes,” one social media follower declared. “This is amazing,” the supporter said of Puma’s singing abilities. Another Instagram follower said, “Them genes are strong.”

Puma certainly appears to follow in her mother’s footsteps when it comes to vocal abilities. The youngster’s father, The D.O.C., also has a notable career in the music industry that spans more than 30 years.

Erykah Badu recently spoke with the press about her impressive career in the industry that continues to revolutionize entertainment. Badu reminisced about her humble beginnings as an artist during a recent interview.

“I was finishing up my album and I had moved to New York to a little apartment in Brooklyn,” Erykah told the press. “I still have the same apartment, over [the clothing shop] Moshood,” the celebrity revealed. “I rarely left that apartment. That place means so much to me, it’s like a little shrine. I would sit with my feet hanging out the window. People would pass by, say ‘hey’ to me.”

A post shared by UNICORN Mutant- 19 years ahead (@erykahbadu)

“Nobody knew I had a record deal. It was the last of, I guess, my private life. I never had that anymore, because after Planet Groove on BET, everybody knew. I was trying to hold on to Erykah Badu, the little girl from Dallas.”

Puma is Erykah Badu’s only child with The D.O.C. The celebrity mom also has a son named Seven and a daughter named Mars from previous relationships.