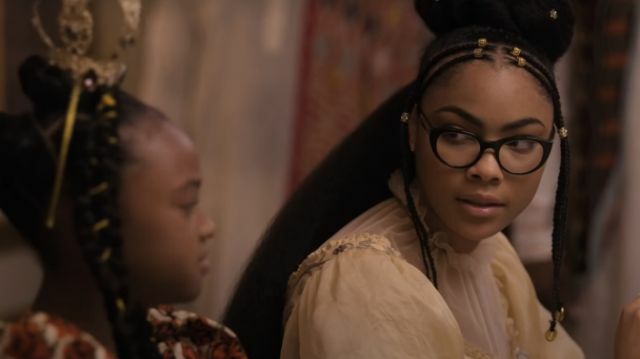 Eddie Murphy’s ex-wife, Nicole Mitchell Murphy, is extremely proud of her daughter, Bella Murphy. The celebrity mom recently took to Instagram to celebrate her 19-year-old for her acting debut in Coming 2 America.

Fans learned of Bella Murphy’s role in Coming 2 America during Nicole Mitchell Murphy’s interview with Wendy Williams in 2019. Nicole told Wendy that Bella did not get the role in her father’s film simply because of family ties. “She had to actually get out there,” Mitchell said.

Getting “out there” for Bella meant convincing her father to let her audition for the role of Prince Akeem’s daughter. “We’re not allowed to work in this industry until we’re 18,” Bella said of house rules established by her parents. Eddie Murphy decided to relax his rule for Bella because of her passion for acting.

“I think he just saw [my commitment to the craft], and saw how passionate I was about it, and was like, ‘I think I’m just going to let you audition for the princess if you want,” Bella shared during a recent interview with Yahoo! Entrtainment.

“He gave that option to me, which of course I took because I wanted to do it,” Bella continued. “So I did the audition, and I practiced with him, and it was awesome.”

Fans can see Bella Murphy as Omma in Coming 2 America. The budding actress discussed her role during her interview with ESSENCE.

“Omma is super-smart, a little bit of a bada**, and she’s super-cool,” Bella revealed. “Being able to do my first film with my dad is really special,” Murphy said. “I’m over the moon.”