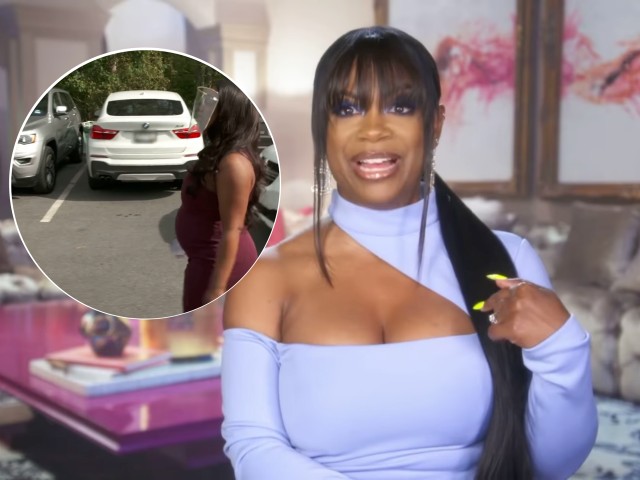 Fans think Kandi Burruss is pregnant after seeing the midseason trailer for Real Housewives of Atlanta (RHOA). Social media went ablaze with speculation regarding a video clip that showed Kandi sporting what appeared to be a baby bump.

“I never thought that I would see this body be pregnant again,” Kandi says in the midseason trailer. An image of the RHOA walking in a shape hugging dress further added to the rumor mill. Some media outlets announced Kandi’s expectancy of another child with her husband, Todd Tucker. A few social media fans, however, realized the midseason clip probably had something to do with Burruss’s onscreen character in a production she filmed last year.

PHOR OF ‘BLACK IN CREW: CHICAGO’ NINA AUSTIN ARE EXPECTING A BABY BOY!

Todd shared a candid of Kandi in-character last October while jokingly asking, “Another addition to the family, babe?” Some fans gave congratulatory remarks then, while other social media followers paid attention to the background setting long enough to determine Kandi’s “pregnancy” was merely a role for either television or film.

“She is in a trailer, which means she is playing a role in a movie, show, or a play,” one observant fan said. “Her character is pregnant,” the supporter added. Another social media follower said, “You know this is how rumors start. People are allergic to reading and can only comprehend pictures. They’re gonna run with this.”

Todd and Kandi expanded their family nearly two years ago with the birth of their daughter, Blaze Tucker. The celebrity couple sought the services of a surrogate because of Kandi’s fertility issues that would have made it difficult for her to physically conceive and give birth to another child.

Burruss, at first, felt a bit apprehensive about surrogacy. The RHOA star, however, gained a different perspective about the process after learning Bravo host Andy Cohen was also expanding his family by way of a surrogate.

Kandi Burruss and Todd Tucker parent four children – Kaela, Riley, Ace, and Blaze – together. You can see Burruss and her blended family every week on the Real Housewives of Atlanta.