WILLOW SMITH DISHES ON HOW SHE, HER MOM, AND GRANDMOTHER CREATED THE PERFECT TALK SHOW

WILLOW SMITH DISHES ON HOW SHE, HER MOM, AND GRANDMOTHER CREATED THE PERFECT TALK SHOW 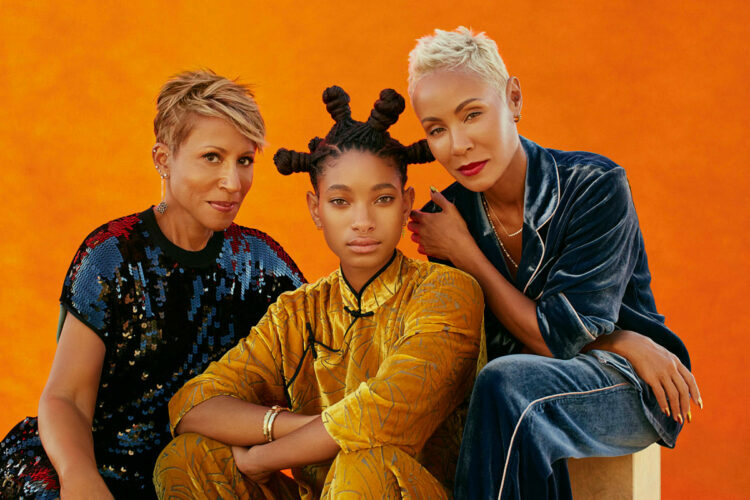 Willow Smith recently dished to Rolling Stone Magazine on how she, her mom, and grandmother created the perfect talk show.

In the interview, Smith recalls that when she was 11-years-old, she told her mother, that, “I know you as my mother, but I want to know who you were before you were my mother.” Actress Jada Pinkett Smith took the opportunity, on Mother’s Day, to call up her mother, Adrienne Banfield-Norris, and the three women sat down for am in-depth multigenerational chat.

“We saw how much it helps us,” said Smith, now 20 in the interview. “It was like, ‘Whoa, this is really uncovering some things. I wonder if we can give this feeling to others.’” Seven years later in 2018, the Facebook Watch talk show, Red Table Talk, was born.

EDDIE MURPHY SAYS HIS LEGACY IS HIS 10 KIDS: ‘MY LEGACY IS NOT MY WORK’

The series, is hosted by all three generations of women as they delve into topics that range from grappling with worldviews and experiences to white privileges and any and everything in between. Additionally, the show has also become a safe space for other celebrities to open up about what is truly going on in their world.

The show has become so popular that, in addition to being nominated for several prestigious awards, Banfield-Norris has had to quit her daytime job, yet once again. “I quit my career for the second time,” she said in the interview. “I had already retired once, went back to nursing, and now I quit again. It definitely has taken over as a primary occupation.” Red Table Talk is a full-time gig for them all.

What is next for Red Table Talk? You may have guessed it, expansion!

“Broadening the empire,” Smith says, with a plan for Red Tables to take over the world.

The first spinoff is already underway with famous Latin singer Gloria Estefan, her daughter, and her niece.

A post shared by Red Table Talk: The Estefans (@redtabletalkestefans)

Another Red Table will launch next in India, and then the Middle East.

What do the original hosts hope that the shows will bring to the world? According to Pinkett Smith, the hope is for misconceptions about women from all different cultures to be obliterated is at the top of the list.

“To be able to sit [as] three black women and see the variety of perspectives is really interesting, because I know a lot of people just like to put black women in one big old pot,” Pinkett Smith says. “That myth has to be dissolved.”

Have you watched Red Table Talk? If so, what is your take on the show? Tell us your thoughts. Sound-off, we want to hear from you!