General Hospital star Sydney Mikayla took the time out of her busy schedule to dish exclusively with BCKOnline.

If her face looks familiar, it should. The talented teen has an extensive resume that not only includes daytime television, but several other amazing projects as well. In 2014, she portrayed the Olympic gymnast Gabby Douglas in a Lifetime biopic for which she won a Young Artist Award. She currently voices the role of Wolf in the Netflix animated series, Kipo and the Age of Wonderbeasts. Sydney Mikayla also voices the role of Maya in the Cartoon Network show, Craig of the Creek.

Just what did this talented actress have to say about acting, what she likes to do for fun, and more? Check out her answers below and make sure that you are following her on social media because this is one journey that you don’t want to miss! 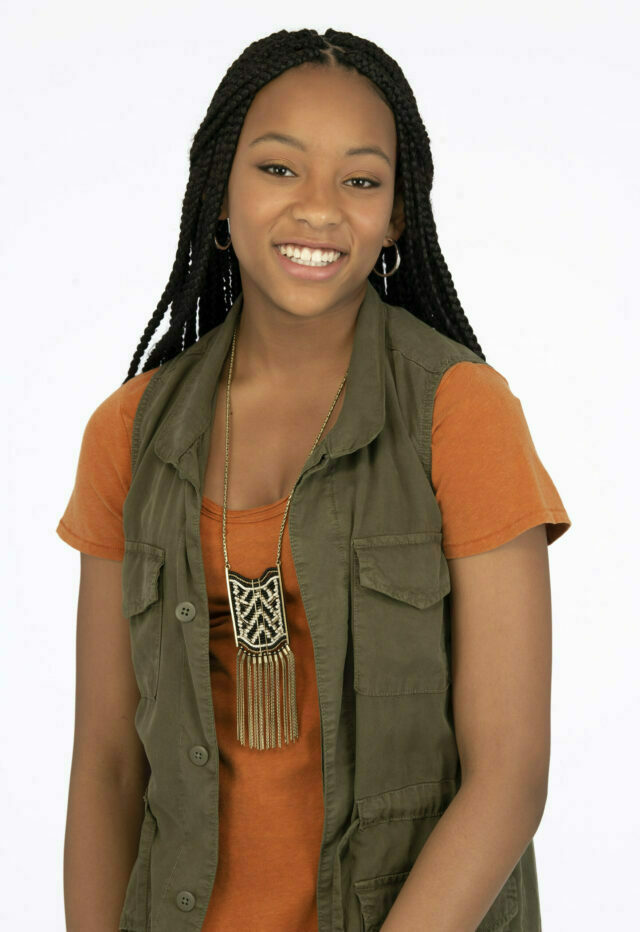 What made you want to start acting?

My mother is an actress, so seeing her be creative and practice her craft inspired me to want to become an actress as well.

What is the most difficult thing about being an actress?

Acting takes a lot of discipline. Oftentimes, people are confused when I call my acting jobs ‘work’. Although it is really fun to see myself on screen, waking up at 5:00 am, memorizing lines instead of hanging out with friends, and taking extra acting classes requires a great deal of discipline and it is definitely work. As fun as it is, acting isn’t just all glitz and glam.

Tell us about your role on General Hospital?

I play an 18-year-old girl who struggles with the fact that her father, who she believed to be dead, is now alive. She now has trouble knowing if she can trust her father, especially when it seems that the pedestal that she placed him on is starting to break.

How similar and different is she to your real personality?

Trina and I are both headstrong. We really don’t like being told what to do by anyone. However, Trina is a bit more nosy than I am. I like to keep my head down and stay out of people’s way, but Trina does quite the opposite.

What has been your favorite moment on the set?

Recently, Eden and William, who play my onscreen best friends, bought me a dozen cupcakes from my favorite bakery. They were so good! I couldn’t believe they had gotten them for me, and it made me feel so special during these trying times.

What advice would you give other kids that want to break into acting?

No one wants to hear this, but the acting industry is tough right now! The best thing to do would be to train, train, train! Take as many acting classes as you can so when the opportunity does present itself, you are 100% ready!

Who would be your dream on screen collaboration and why?

I would say Chadwick Boseman, but I guess we’ll just have to collaborate in another lifetime. I would love to act alongside Viola Davis in a television series as successful as How to Get Away with Murder. I would absolutely enjoy it.

If you could write the perfect role for yourself, what would it be and why?

A series regular role on Lovecraft Country. It would be a character that doesn’t get killed, I feel like I have to clarify that. I love that show, and I adore Jordan Peele.

What do you like to do for fun when you are not working?

I love to dance. I train in ballet and contemporary.

What is next for you?

I have some super awesome animation projects coming up. While I wait to announce those, you can check me out in Kipo and the Age of Wonderbeasts as Wolf and in Craig of the Creek as Maya. Also….college!