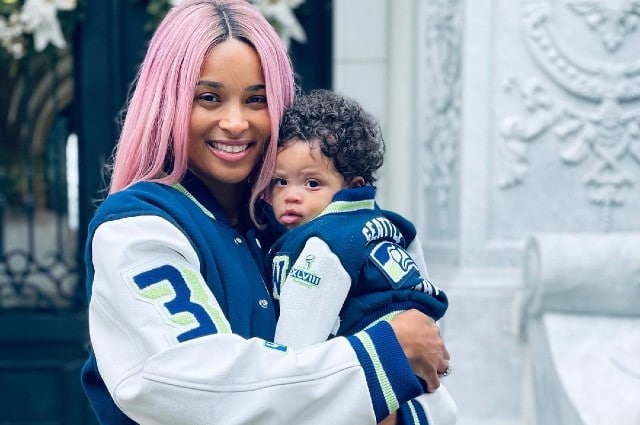 Ciara uploaded a recording that showed her trying to get her son’s attention. Win did not initially appear interested in paying attention to his mom even with her nibbling on his ear to make him laugh. Ciara’s son eventually took note of his mom after she called his name. The little one made noises to express his feelings in the moment that many fans thought resembled singing.

“He’s singing like his mama,” one fan told Ciara. Another social media follower said, “He’s growing up so fast.”

It is hard to believe Win Wilson will soon celebrate his first birthday. It was just last year that Ciara and Russell Wilson were experience pregnancy in the middle of a pandemic.

“I wanted to be really cautious,” Ciara told ESSENCE of her and Russell’s expectancy. “I had a little ziplock bag of gloves for the appointment and then I had my mask. When I went from one room to the other, I switched to a new pair of gloves,” the ‘Beauty Marks’ singer said.

“When the image of the baby came on the screen, I FaceTimed Russ in the car so that he could see,” CiCi said of her doctor’s appointments, which did not include her husband’s physical presence. “We women carry the baby, but for my husband, being in the room and listening to the heartbeat in real-time is one of his ways of connecting. For him not to be part of that was a symbol of this time that we’re living through.”