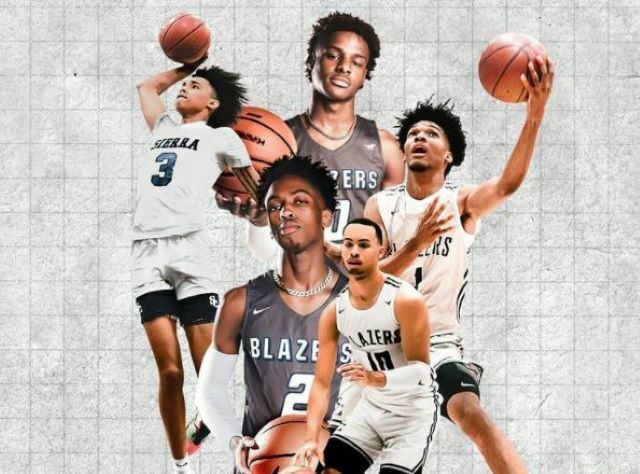 Bronny James, Zaire Wade, and others star in the IMDb docuseries, Top Class. The new docuseries will air on February 26 and is executive produced by LeBron James and Maverick Carter.

Top Class will follow the Sierra Canyon Trailblazers as they chase consecutive titles. The series will chronicle all of the expectations, media attention, fanfare, and internal team dynamics.

“We are thrilled to partner with Uninterrupted on Top Class, a story that speaks to executive producers LeBron James and Maverick Carter’s unique and innovative ability to tell distinctive, culture-defining stories for all audiences,” Lauren Anderson, Co-Head of Content and Programming at IMDb TV, said in a statement provided to The Root.

NORTH WEST IS ‘VERY PARTICULAR’ ABOUT HER HAIR

SUMMER WALKER CELEBRATES AT HER BABY SHOWER: ‘IT WAS BEAUTIFUL’

Anderson continued, “Like millions of fans around the world, we were riveted by the Trailblazers’ dynamic and exceptional journey last season. Telling a story beyond sports and highlighting how the team’s intelligence and competitive streak seamlessly transfer to the classroom, the docuseries captures the devotion, resilience, and raw emotion experienced by the players, coaches, and families through every setback and victory—both on and off the court.”

Not only will viewers get the opportunity to get to know more about the son’s of LeBron James and Dwayne Wade, they will also learn about the other big time high school ballers such as BJ Boston, Amari Bailey, Shy Odom and Ziaire Williams.

Top Class: The Life and Times of the Sierra Canyon Trailblazers will demystify the athletic world of Sierra Canyon High School and let the everyone in on the journey of some of the highest-ranking players in the country. It doesn’t matter that many of these talented young men are children of NBA royalty, they are proving that they have the innate talent to hold their own. They are all making marks in the world outside of their famous last names. As one anonymous person quoted:

Make sure to tune in to Top Class. This is one documentary that you don’t want to miss.