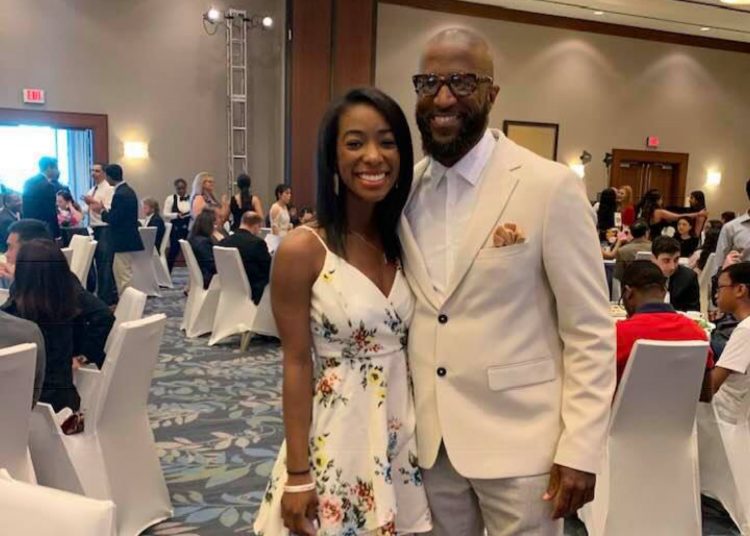 Rickey Smiley is appreciative of prayers and well wishes after his daughter, Aaryn Smiley, was shot three times in Houston over the holiday weekend.

My youngest daughter @ryn.smiley was shot this past weekend while trying to get food from #Whataburger in #Houston, and I talked about it this morning during @garywdtea’s segment. Thank you to everyone who's keeping her lifted in prayer, and to everyone who has sent well wishes her way. 🙏🏾🙏🏾🙏🏾🙏🏾🙏🏾

“It’s a rough day today,” Rickey said in a YouTube video on his channel. “It’s hard this morning as a parent,” the celebrity father continued. “I got up this morning, got myself together to go do the morning show — to go do the radio show.”

It was during the morning radio show that Rickey Smiley received a text message from his daughter’s mother. “I’ve never gotten a text message [from her] that early,” Smiley shared. “I thought it was something about her school or something,” the celebrity father said.

JOHN LEGEND, WIFE CHRISSY TEIGEN AND KIDS HAVE SOME FUN IN THE SUN Jul 6, 2020

“Come to find out, my daughter was shot last night. She was on her way to Whataburger to get something to eat. I think she was at a stoplight, and some guys got out of the car and was (sic) shooting at each other and she got hit.”

Rickey thanked his fans for their support in an Instagram post that gave an update on his daughter’s condition. “I really appreciate your support,” the celebrity dad said.

Still in surgery…. thanks for your prayers or our daughter @ryn.smiley!! I really appreciate the support!