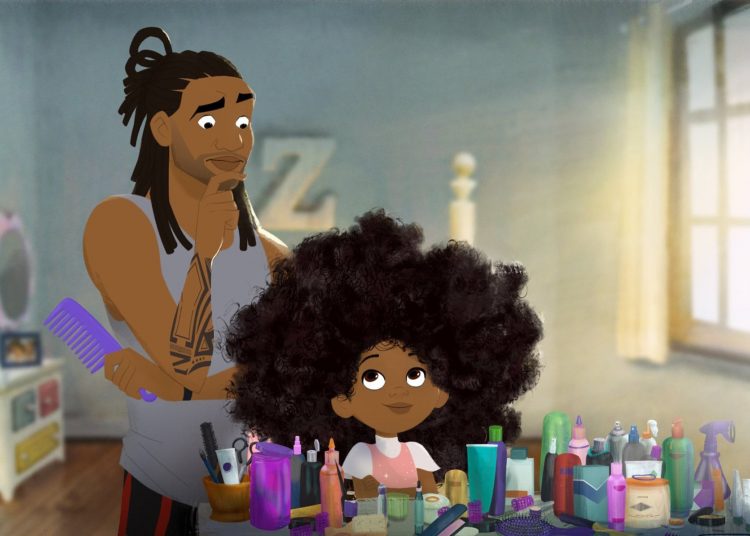 Hair Love, the heartwarming, award-winning short film about a Black dad doing his daughter’s hair, is getting made into a television series on HBO Max. Created by former NFL player Matthew A. Cherry and based on his bestselling children’s book of the same name, Hair Love follows Stephen Young, a Black father who is learning how to style his daughter Zuri’s hair while her mother, Angela is away.

Produced by Karen Rupert Toliver of Sony Pictures Animation, directed by Bruce W. Smith (creator of the classic Disney series The Proud Family), and featuring actress Issa Rae as the voice of Angela, Hair Love was released in 2019 to widespread acclaim and praise. It earned an Oscar award in 2020 for the Best Short Animated Film, which Matthew A. Cherry dedicated to the late NBA great and fellow Oscar winner Kobe Bryant, saying: “May we all have a second act as great as his was.”

Fresh off the heels of its success, Hair Love is now coming to the silver screen, courtesy of streaming service HBO Max. Titled Young Love, the 12-episode series will be run by Matthew A. Cherry, along with Carl Jones, who has previously worked on The Boondocks. It will also be executive-produced by Monica A. Young, David Steward II, and Carl Reed, all of whom were producers for Hair Love. Young Love will “focus on millennial parents Stephen and Angela, daughter Zuri, and her pet cat Rocky as they juggle their careers, marriage, parenthood, social issues, and multigenerational dynamics all while striving to make a better life for themselves.”

In a statement, Matthew A. Cherry spoke about how happy he was to work on Young Love and thanked Sony Pictures Animation and HBO Max for their support. “I am beyond excited to continue telling the story of Stephen, Angela, and Zuri and further explore the dynamics of a young Black millennial family we established in our short film Hair Love as an animated series,” said Cherry. “Couldn’t ask for better partners in Sony Pictures Animation and HBO Max in helping us get Young Love out into the world.”