HOW STEPH CURRY’S DAUGHTER, RILEY CURRY, GOT HER NAME

HOW STEPH CURRY’S DAUGHTER, RILEY CURRY, GOT HER NAME 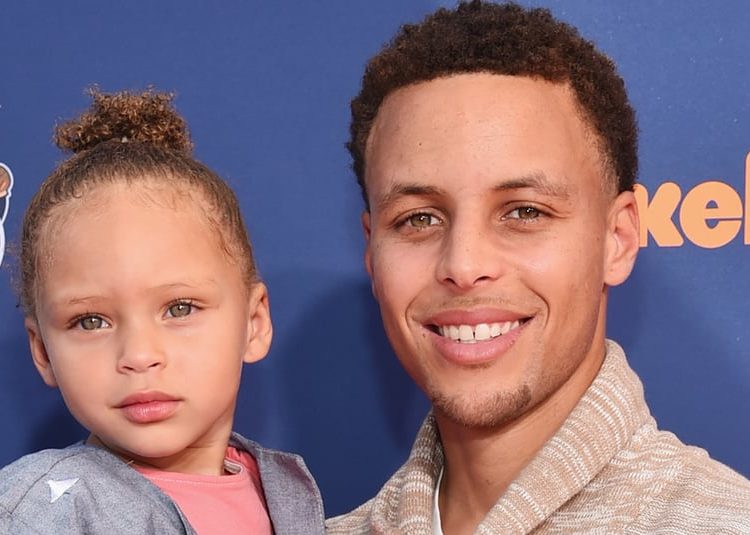 It is that known Riley Curry, the endearing eldest child of NBA star Steph Curry of the Golden State Warriors, was born on July 19, 2012. What is less known, is that 7-year-old Riley Curry got her name from Larry Riley, the Warriors former general manager.

In May 2009, Larry Riley became the Warriors’ general manager and drafted Steph Curry with the No. 7 pick in the first round of the 2009 NBA Draft. During a recent interview for radio station “95.7 The Game” with “Bonta, Steiny & Guru,” Riley was asked if it was true that Riley Curry was named after him. He answered with a story about Steph walking into his office and asking him about naming his daughter Riley.

“Steph came into my office one day, and he sat down in front of me and he said, ‘Hey coach, we’re getting ready to have a child and it’s a girl. We’re looking at names. What would you think if we named our baby girl Riley?’ I was blown away,” said Riley. “I was just absolutely blown away.

“Those are fond memories of course. And everybody knows she [Riley Curry] captured the world a few years ago when she ended up on TV a few different times. But yeah, there’s some substance to that. If I had said, ‘No you can’t do that,’ I’d have been stupid. He might have done it anyway,” says Riley.

Yep. Finally a reason to bring this suit out and wear it…nowhere. It’s about Jesus every day! John 20:18 #resurrectionsunday

Larry Riley served as the Warriors’ general manager until 2012, but his drafting of Steph Curry paid off well, as Curry led the Warriors to three NBA Championship wins in five years. Steph Curry and his wife, chef Ayesha Curry, now have two more children in addition to Riley, 4-year-old Ryan and 1-year-old Canon Curry.

The 2019-20 NBA season was suspended indefinitely on March 11 due to COVID-19 concerns. The season is set to resume on July 30 in Orlando, Florida. Steph Curry and his Warriors won’t be featured since they have the NBA’s worst record, but he will have plenty of time to spend with his family.