50 CENT ON DISCUSSING BLACK LIVES MATTER PROTESTS WITH HIS SON: ‘I DON’T WANT TO JADE HIS PERSPECTIVE’

50 CENT ON DISCUSSING BLACK LIVES MATTER PROTESTS WITH HIS SON: ‘I DON’T WANT TO JADE HIS PERSPECTIVE’ 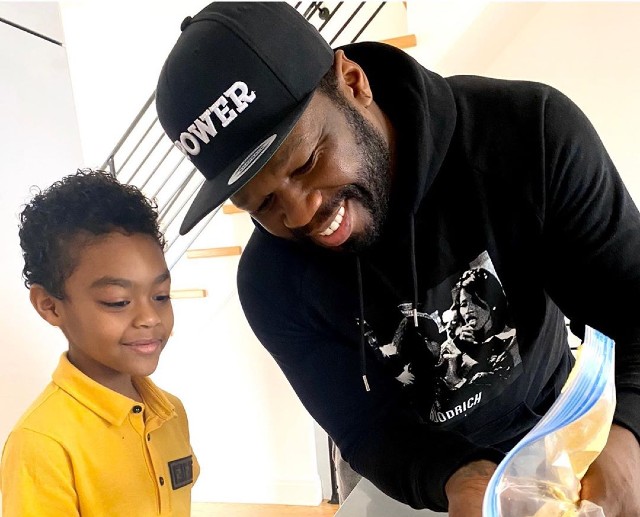 Like many Black parents, rapper 50 Cent is teaching his young son about the Black Lives Matter protests that have resurged following the murder of Minnesota resident George Floyd by police on May 25.

In a recent interview with singer Kelly Clarkson on “The Kelly Clarkson Show,” 50 Cent explained how he handles discussing racism, police brutality and the Black Lives Matter protests with his 7-year-old son, Sire Jackson. Due to Sire’s young age, 50 Cent speaks to him about the Black Lives Matter protests gingerly, saying that they’re complicated to explain.

“I’m blessed with him only being seven. So, it’s like, I have to explain to him why they’re protesting but not with the depth that would allow him to say — to put me in those awkward situations,” said 50 Cent. Clarkson then explained that she also has conversations with her kids about police brutality and racism, acknowledging that: “Me having a conversation with my little White girl, and you having a conversation with your little Black [boy], that’s a very different conversation… and I think everyone needs to have that uncomfortable conversation, that that exists, and it’s wrong.”

50 Cent agreed with her, but also added that: “It’s also they’re delicate. I always look at him and say, ‘I don’t want to over-exert these things to him and jade his perspective on it at the same time.’”

he said i got a idea let’s go spend your money. 👀I said where did you get that from your mom. LOL #HHHS

50 Cent had Sire with his ex-girlfriend Daphne Joy. In addition to Sire, 50 Cent also had his older son, 22-year-old Marquise Jackson, with ex-girlfriend Shaniqua Tompkins. 50 Cent is quite close to Sire, but his relationship with Marquise has been estranged for years, with the two of them publicly bashing each other on social media. In fact, during an interview in May 2020, 50 Cent admitted that he lost his love for Marquise, saying: “How long can you love someone that don’t love you back?”

Happy father’s day, i want you to enjoy the day because all your gonna get is a bunch of happy Father’s day text. LOL #HHHS