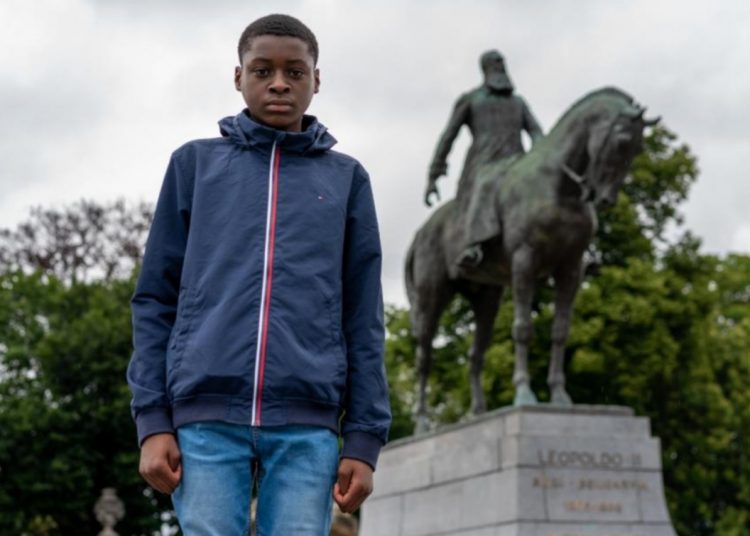 Meet Noah, a 14-year-old boy who is aiming at the legacy of Leopold II, the cruel former king of Belgium.

Outside the Royal Palace in Brussels, Belgium, a statue of the dictator has stood since 1926. Noah is looking to change that. Noah, whose parents hail from the Democratic Republic of the Congo (DRC) in Africa, started a petition on change.org to have all the statues and monuments to Leopold II across Brussels removed. At the time of this writing, it has over 81,000 signatures.

Noah has good reason for demanding Leopold II’s monuments be taken down. From 1865-1909, Leopold II ruled Belgium as king, and he owned what is now the DRC. As king, Leopold II sent his private army into the Congo and forced hundreds of thousands of Congolese people into slavery. Those who rebelled or were unable to meet his impossible quotas faced mutilations, amputations, and executions. It is estimated that about 10 million Congolese people died under Leopold II’s cruel reign of terror and genocide. The term “crimes against humanity” was first used to describe Leopold II’s rule.

“I feel belittled because it is people of my origin and community who were killed,” explained Noah. “For me when you put a statue of Hitler in Berlin, for me, that is like putting up a statue of Leopold in Brussels.” Following the May 25 murder of Minnesota resident George Floyd, who was murdered by police officers, Black Lives Matter protests against police brutality and systemic racism have spread around the world.

“If we remove statues, we are not removing history,” says Noah. “Normally we get history from school, books and from family. It is not statutes that should educate.”